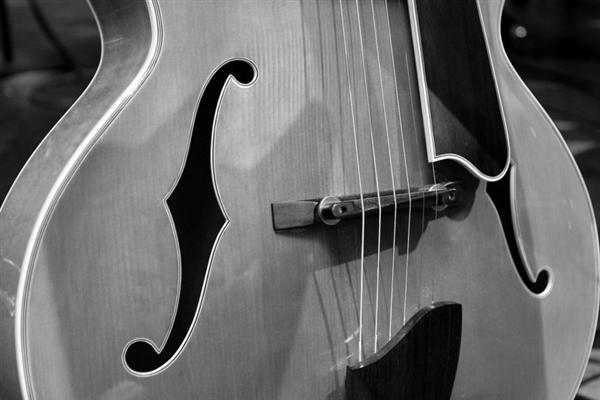 Gregory John Janicki is a well sought after Professional Guitarist and Music Educator. He has served as Worship Leader/Director for local Houses of Worship, most recently Stagecoach Road Christian Fellowship in Sicklerville, NJ. He also currently heads the Guitar Department at Washington Township High School in Sewell, New Jersey, where he teaches Guitar Classes and directs the Guitar Ensembles. He has won a GRAMMY as a teacher and musician for WTHS's Music Department being a GRAMMY award winning school.

He also is the Executive Director of Learn Music University-Online Music School. He is a co-owner of the Guitar-Works Music Education Resource, which continues to give seminars and develop resources for guitar in the classroom.

It was Greg's father, a piano/keyboard player, who first exposed and inspired him to music. Greg began his studies at the age of 5 on piano making a switch to trumpet then percussion which led him to the desire of his heart, the guitar. His passion as a guitarist gave opportunity to study many musical styles.

A graduate of Rowan University, Gregory John studied classical guitar and theory under Classical Guitarist/Lutenist/Luthier/Professor Joseph Mayes and Jazz Guitar/Theory with Guitar Virtuoso Joseph Federico. During his time at Rowan he performed with the Rowan University Guitar Ensemble, Jazz Ensembles/Combos and Contemporary Music Ensembles. In 2001, Greg led the Christian Rock group 7STAR to their first album entitled Ferris wheel, which landed #1 on the Christian Music chart. In 2004, Performed with the WT Orchestra the 2nd Movement of the Rodrigo Concerto. In 2005 recorded with jazz saxophonist Brian Height on his debut album Heart of Worship.

Greg takes great joy in the many opportunities he has had to study with many world-renowned artists such as Jimmy Bruno, Pat Martino, Jamey Abersold, Denis DiBlasio and Ron Pearl. He has attended master classes with guitarists-Pat Metheny, David Leisner, Manley Mallard, Garth Baxtor, Elliot Fisk, to name a few. Gregory John has performed with many groups along the Jersey shore, performed with the Dave Boyer Big Band in NYC, The John Clark Big Band in PA, toured up and down the East Coast and Nashville with 7Star.

He is consistantly sought after as a FIRST CALL pit musician for many musical theaters. He performs regularly with the Uptown Jazztet and the Gregory John Quintet. He has been known to give solo performances throughout the Tri-State area.

In 2008, Gregory John released Sherbert Sky from his latest jazz ensemble, The Gregory John Quintet, which currently performs in Philadelphia, PA. In May of 2008, Janicki received his Masters in Jazz Studies from Rowan University where he studied exclusively with versatile guitarist/educator/professor Tom Giacabetti.

To Date, He has released many Classical Guitar Christmas Projects along with arrangements for Guitar Ensemble. He has and still is composing for many different genres along with arranging for small group ensembles to large ensembles, including Orchestra, Band and Big Bands. In May of 2012, Janicki had an article published in TEMPO Magazine of his Guitar Program being one of the "best" in the United States. http://issuu.com/njmea/docs/maytempoweb/1

He continues to contribute music to the Guitar World along with Contemporary Praise and Worship Music.