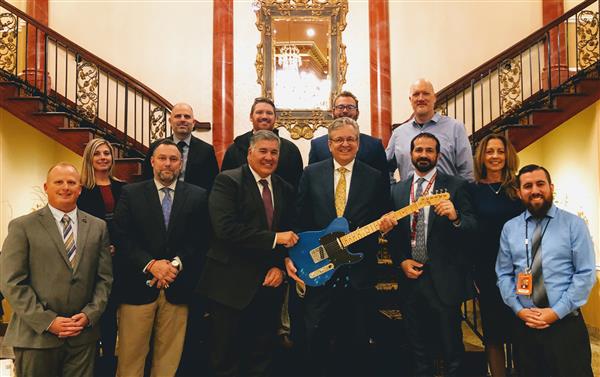 The guitars were built as part of a team-building exercise among more than 250 Jefferson Health New Jersey managers. In the past, Jefferson managers from their Cherry Hill, Stratford and Washington Township campuses have fabricated wheelchairs to donate to Camden and Gloucester County veterans’ offices, and donated food to the Food Bank of South Jersey. The donations support Jefferson’s organization-wide mission to improve lives, including those beyond the walls of its hospitals and medical practices.

Each guitar package included two guitars, a mini-amplifier, cords and cables, and a case.