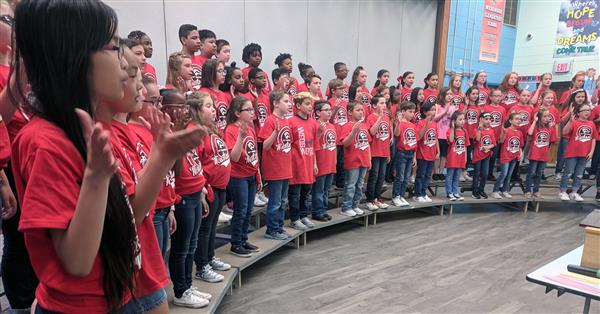 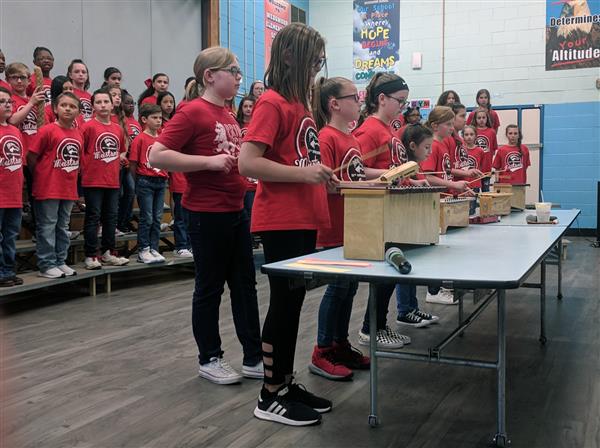 This year’s SongFest didn’t feature the traditional Wedgwood hand bells, but it did tell a musical story entitled “I Know Who I am; This is Me!” The program included nine different songs with intermittent narrations by 16 students throughout. Some songs were familiar, such as “Fight Song” and “Man in the Mirror,” and all were filled with a feeling of inspiration.

The SongFest theme was an ongoing practice of daily life at Wedgwood – Being a Mustang by being Safe, Responsible and Showing Respect – and showing Township Pride for all.

“It reminds us of the importance to our students about self-confidence and being striking from within, knowing they can make a difference for themselves and in the world,” Wedgwood music teacher and chorus director Paula DiGianivittorio said. “This concert demonstrates the unity of strength with our students and faculty.”

The chorus performed twice, with a morning show for first- and second-graders, and an afternoon show for the third-through-fifth-graders. Parents and families were invited to both performances.