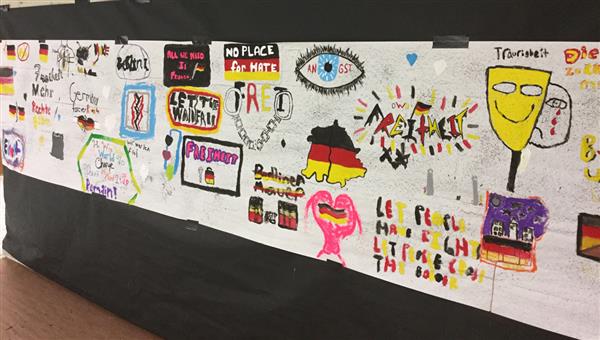 WASHINGTON TOWNSHIP – Bunker Hill Middle School German students in Mr. Mike McCloskey’s classes recently have been studying the Berlin Wall, why it was erected, and the effects it had on the populations of Berlin, Germany, and the world.

Earlier this week, the students created their own graffiti design – inspired by that of the Berlin Wall – to symbolize how they would have felt as citizens of Berlin and Germany during that time. They drew and painted the graffiti on a paper “wall” that was tacked up in one of the school’s hallways. 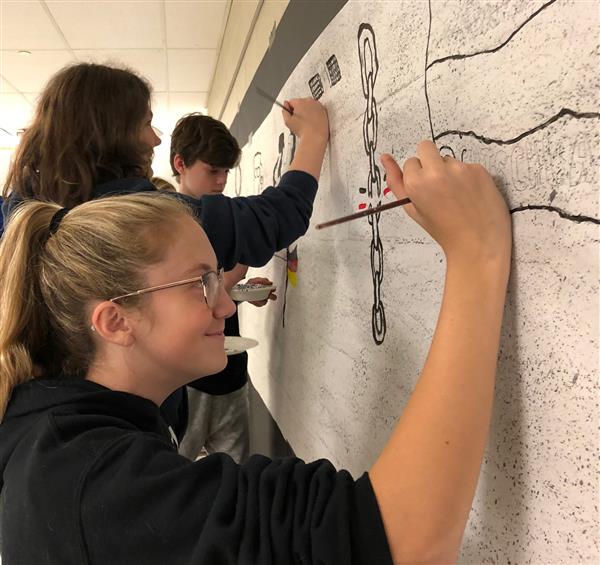