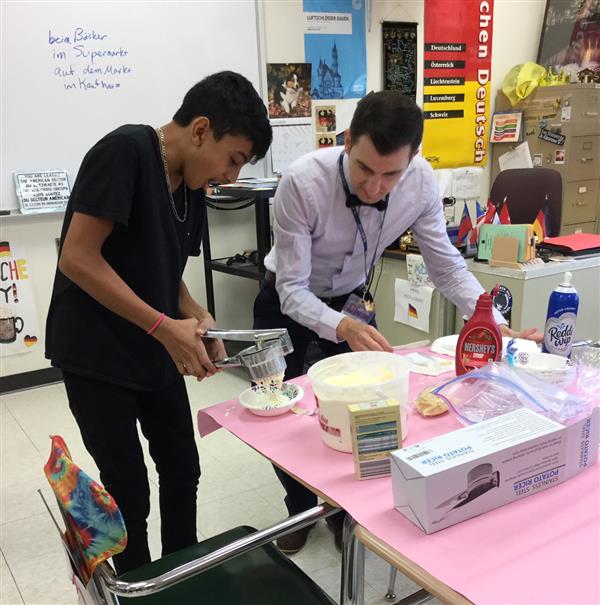 As the kickoff to a project on German recipes, Herr McCloskey helped the students make “Spaghettieis” – ice cream in the form of spaghetti – in class. The treat was created in the German city of Mannheim in the late 1960s.

After enjoying the dessert goodness, the students researched their own recipe and created a recipe card for that dish in German. 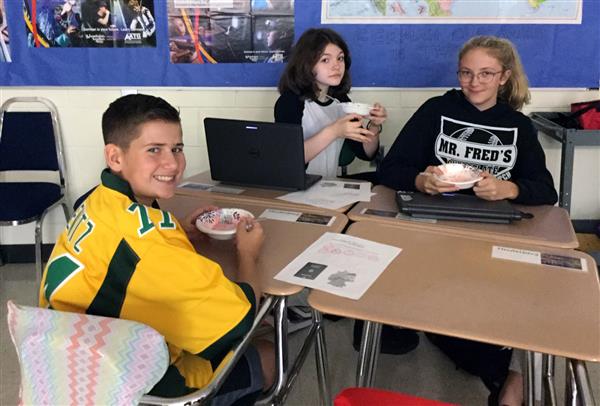 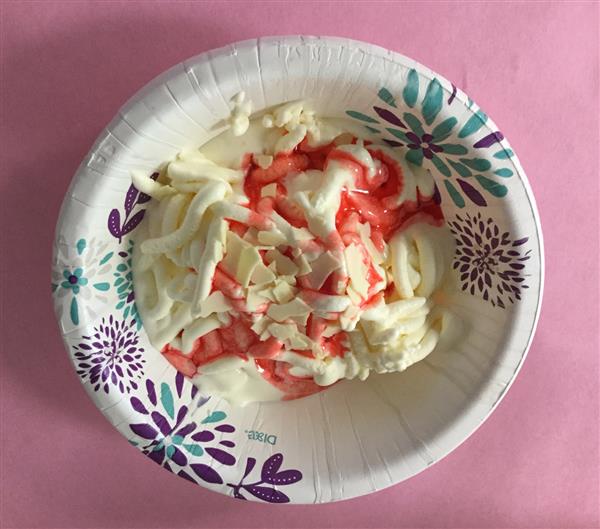