The students just finished learning about breakfast in France compared to the United States, and they celebrated with some French baguettes, Président beurre (butter), and Bonne Maman confiture (jam), which was made into a “Tartine.” Some of the students tried apricot jam for the first time, as well as croissants. Also included was fruit, juices, and even Chocolat Chaud (hot chocolate). 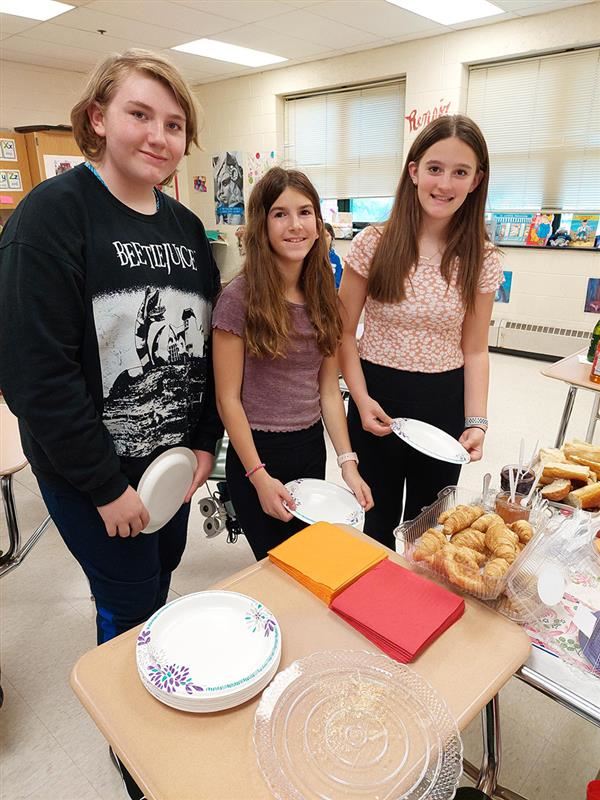 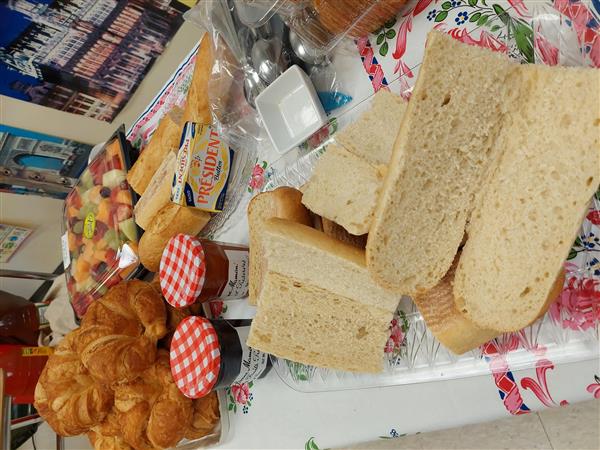 It was a delicious spread for the petit dejeuner. 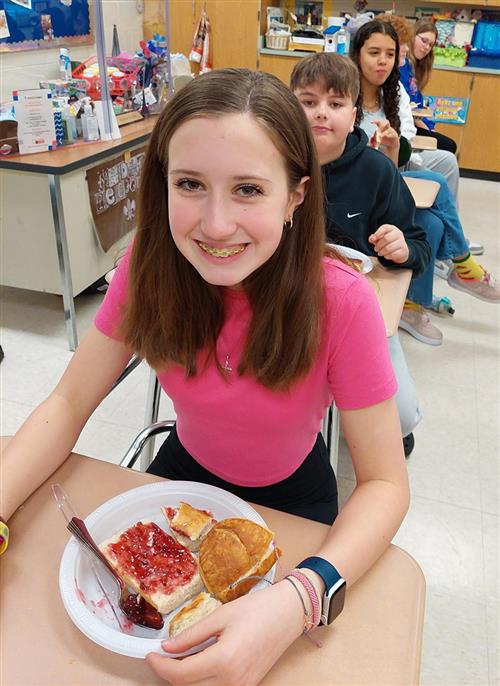 Seventh-grader Grace Kendorski gets ready to enjoy her “Tartine.”