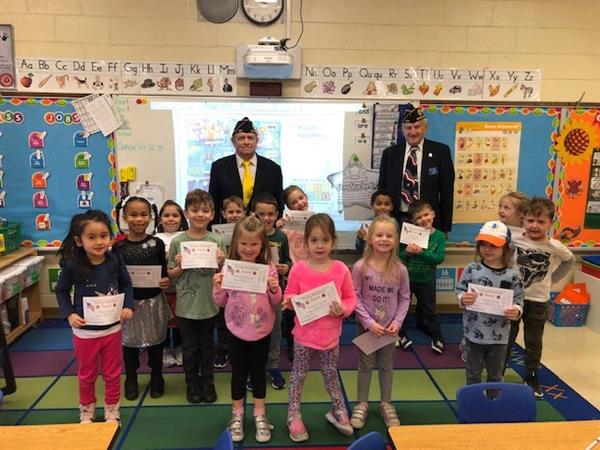 Before Abbott and Mahoney left, they were presented with thank you cards for themselves and their fellow veterans in appreciation of their service.

In the above photo, Mr. Bob Abbott and Mr. Bob Mahoney pose for a photo with Mrs. Karen Turetzky’s kindergarten class.