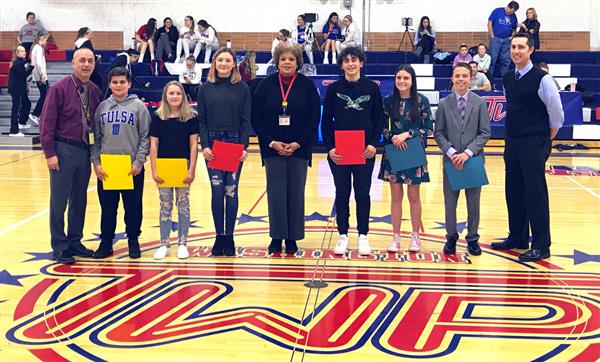 The awards are named after Rozmes as a way to remember and celebrate his legacy. During a career that spanned more than 30 years, Rozmes served the Washington Township School District as a teacher, guidance counselor, principal and friend before passing away on July 16, 2010, after a long battle with leukemia.

The Dan Rozmes Spirit Award winners include: Anna Tobler and Matthew Kratchwell (BHMS); Corrine Godlewski and Justin Vogel (CRMS); and Gianna Melhorn and Gabriel Mosco (OVMS). The eighth-grade students were chosen by their teachers, school counselors and administration because they possess the characteristics that Mr. Rozmes promoted – selflessness, charisma, and an upbeat, positive approach to others.