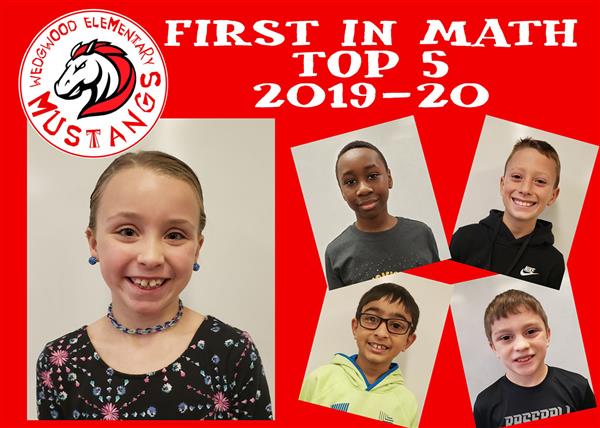 WASHINGTON TOWNSHIP – Wedgwood Elementary School has completed its most successful year yet using the First in Math online program. As a school, the students combined for well over 7 million math problems solved. Wedgwood students also placed first in the state of New Jersey in the prestigious “Top 500 Students” category.

First in Math is used by District students in Grades 1-5 and will be available for use by students until July 31st.

Check out the Wedgwood School 2019-20 First in Math Wall of Fame video at this link.