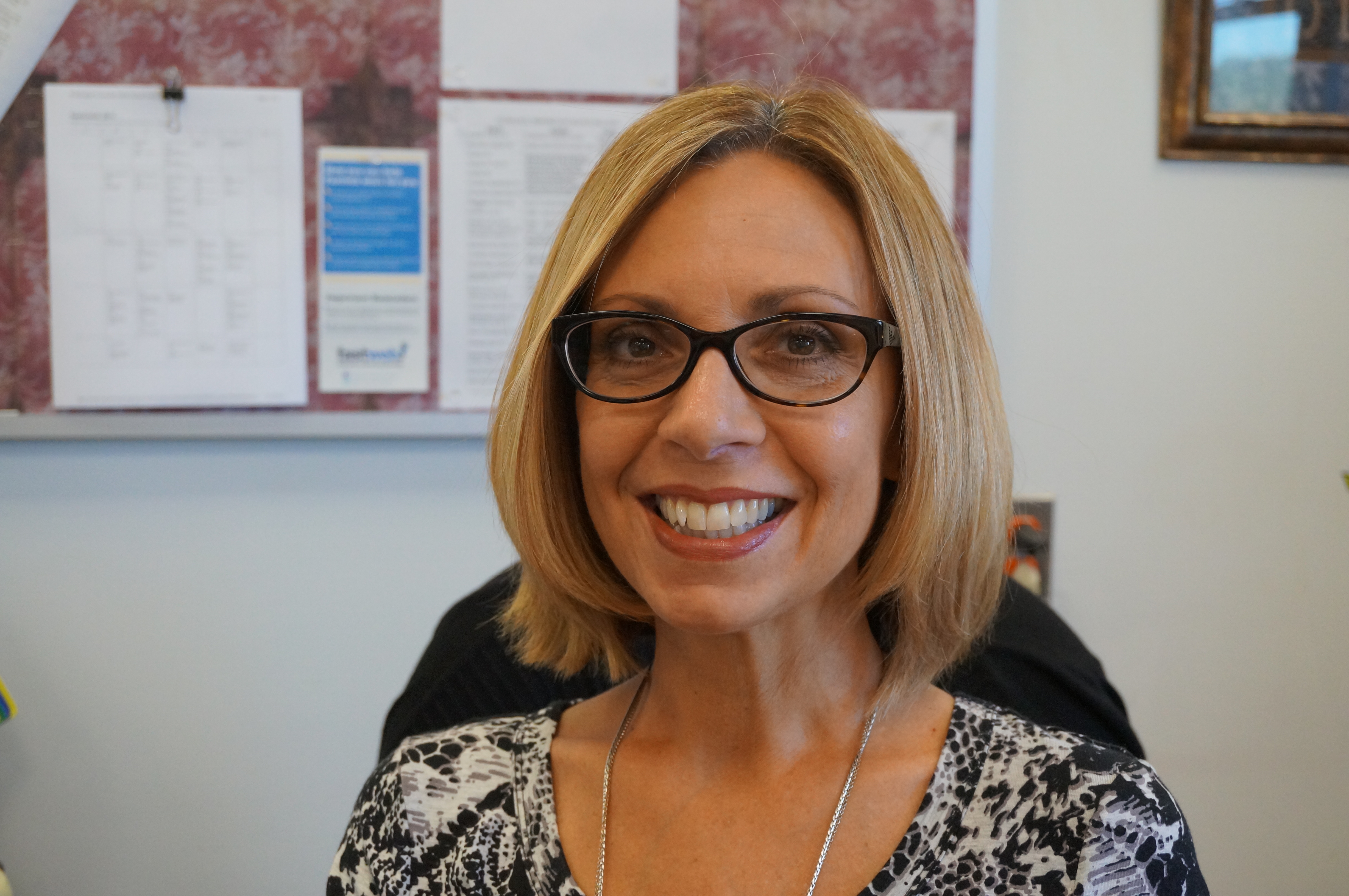 Mrs. Silvestri is a lifetime resident of Washington Township as well as a graduate of Washington Township High School. She has been involved in our school system for the past 20 years, where she actively volunteered her time (as a parent) with each of her three children. Mrs. Silvestri began her career within the district as a One-to-One Assistant at Birches Elementary School. She then served as a Literacy Assistant at Grenloch Terrace Early Childhood Center. Mrs. Silvestri continued as an Administrative Assistant in the Main Office at Orchard Valley Middle School for six years and is currently an Administrative Assistant in the Counseling Office at Washington Township High School. Mrs. Silvestri values the opportunity to assist students of all ages. Her favorite pastime is sharing the blessing of love and laughter with her husband, children, and beloved grandchildren!

Mrs. Burr began working for Washington Township School District in Wedgwood Elementary School's library. After departing Wedgwood to gain further experience, Mrs. Burr is delighted to return to Washington Township School District to work in the Counseling Department of WTHS. She is thrilled to be working with the students, parents and staff of the high school. Mrs. Burr is an avid reader, loves to do research and enjoys learning about new technology. She enjoys spending her free time with her husband and two daughters.

Mrs. Baud studied at Rowan University, receiving a Bachelor's degree in Psychology and a Master's degree in School Counseling. She is excited to join the Washington Township High School counseling team after three wonderful years at Bunker Hill Middle School. In her free time, she enjoys hiking with her dogs, cooking, reading, and traveling. 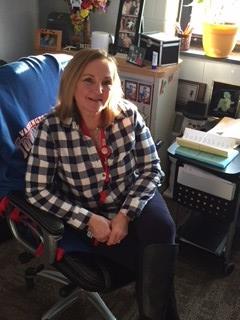 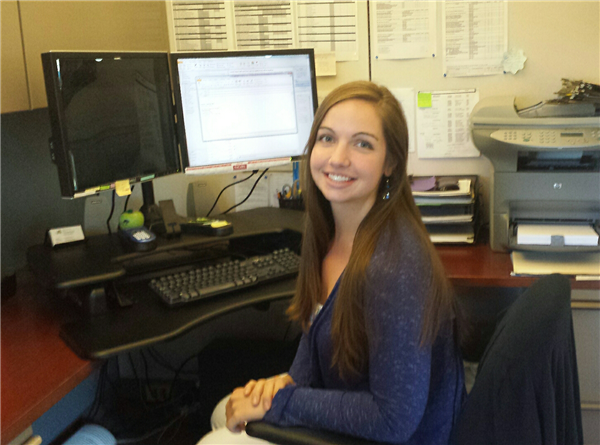 Mrs. Hamer received her Bachelor of Arts in Interpersonal/Organizational Communication and Master of Arts in Counseling in Educational Settings from Rowan University, with additional graduate credits from Drexel University in Student Development.  Before joining the WTHS Counseling Team, Mrs. Hamer was a Senior Academic Advisor at Drexel University where she also instructed the freshman seminar courses for her college.  Mrs. Hamer is a proud graduate of the Washington Township School District, attending Bells Elementary, Orchard Valley Middle, and WTHS.  She enjoys traveling, outdoor activities, music, shopping, and spending time with family and friends. 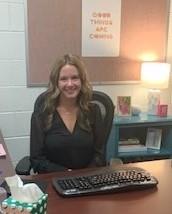 Ms. Abigail Hull is a graduate of Stockton University having earned her bachelor’s degree in Speech Pathology before pivoting careers to the counseling field. She received her master’s degree in Counseling in Educational Settings from Rowan University in 2020 and fulfilled a long-term substitute position in the Washington Township school district before accepting her role at the high school. Her education enabled Ms. Hull the opportunity to work in a variety of settings including elementary and middle school levels as well as a medical rehabilitation facility. When Ms. Hull is not working, she enjoys running, traveling, and spending plenty of time at the beach. Ms. Hull will inherit Mrs. Judy Nelson’s students and plans on enriching the legacy set forth. She is thrilled to have the opportunity to support and serve the students of Washington Township as a member of the WTHS Counseling team!

Mrs. Mulvihill received a Bachelor of Arts Degree from Glassboro State College. She taught at the elementary school level for nine years. In 1998, she was named Teacher of the Year for the East Greenwich Township School District. Mrs. Mulvihill received her Master of Arts Degree in Student Personnel Services from Rowan University in 1999. She is also a advisor for Sophomore Class Council. Mrs. Mulvihill is a proud soccer mom of two boys and enjoys cooking big family meals.

Mr. Palmer completed his BA in Communications from Rowan University and a BA in Business Studies from Stockton University. He later went on to earn MA degrees in Student Personnel Services and School Administration from Rowan University.  He also completed graduate coursework to earn his Substance Awareness Coordinator (SAC) certification from Stockton. After nearly 15 years working in private industry, Mr. Palmer entered the educational profession where he was a high school business teacher for seven years. Afterward teaching, he has worked as a school counselor in a variety of settings and grades: Blue Ribbon high schools, elementary-middle school, and at-risk youth programs. Concurrent with work and college, Mr. Palmer served nearly 30 years in the NJ Army National Guard, retiring as a Lieutenant Colonel. Mr. Palmer is very involved in professional counselor organizations. In his free time, he volunteers for the American Red Cross, does pet therapy with his dog, Sophie, and is involved in a dog training club. Mr. Palmer enjoys riding his motorcycle, traveling, outdoor activities, and spending time with friends and family. He is excited to a member of the Washington Township School Counseling team! 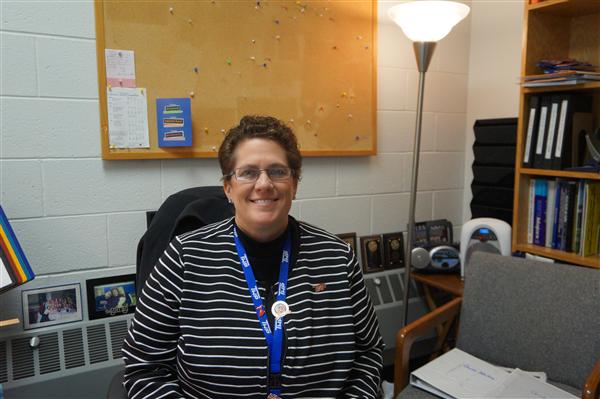 Ms. Stockl graduated from Trenton State College with a degree in Mathematics Education in 1988.  She was then hired to teach Mathematics in 1989 at WTHS.  Ms. Stockl also went back to school to earn her Masters Degree in Student Personnel Services from Rowan University and graduated in 1994.  After 26 years of being in the classroom and teaching a variety of math classes from basic skills, in-class support and honors level, Ms. Stockl is now serving as a school counselor.  She is also a member of the 504 Team and a Freshman Summer Transition Camp Counselor.  Ms. Stockl serves as the Varsity Girls Lacrosse coach and has been doing so since its inaugural year of 1994.  Ms. Stockl is a resident of Washington Township and enjoys spending time with her family, friends, taking her daughter to activities, and completing home projects. 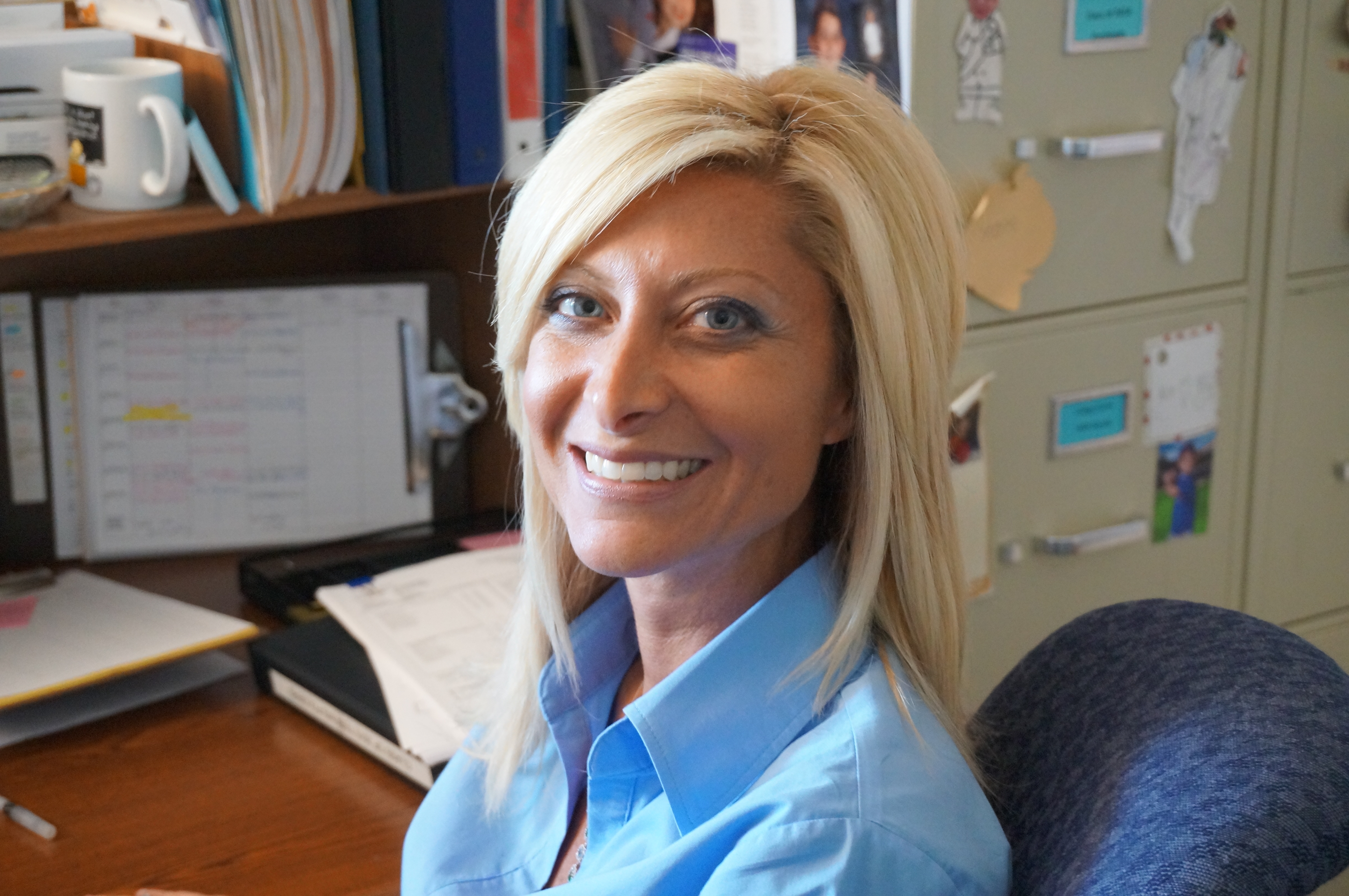 Mrs. Williams received her Bachelor of Arts degree in English Education from Widener University and her Master of Arts in Student Personnel Services from Rowan University. Beginning her career at Washington Township High School in 1996, Mrs. Williams taught 9th and 10thGrade English for five years before joining the counseling department. Mrs. Williams is the advisor for Peer Facilitators and the Freshman Transition Program. In addition, Mrs. Williams was recognized as the 2014-15 WTHS Educational Services Professional of the Year and 2014-15 Gloucester County School Counselor of the Year. Mrs. Williams, a Washington Township High School graduate and Washington Township resident, enjoys spending time with her three children, husband, and family. She takes great pride in being able to work with families in the community and believes in caring for her counselees the same way she would care for her own children! 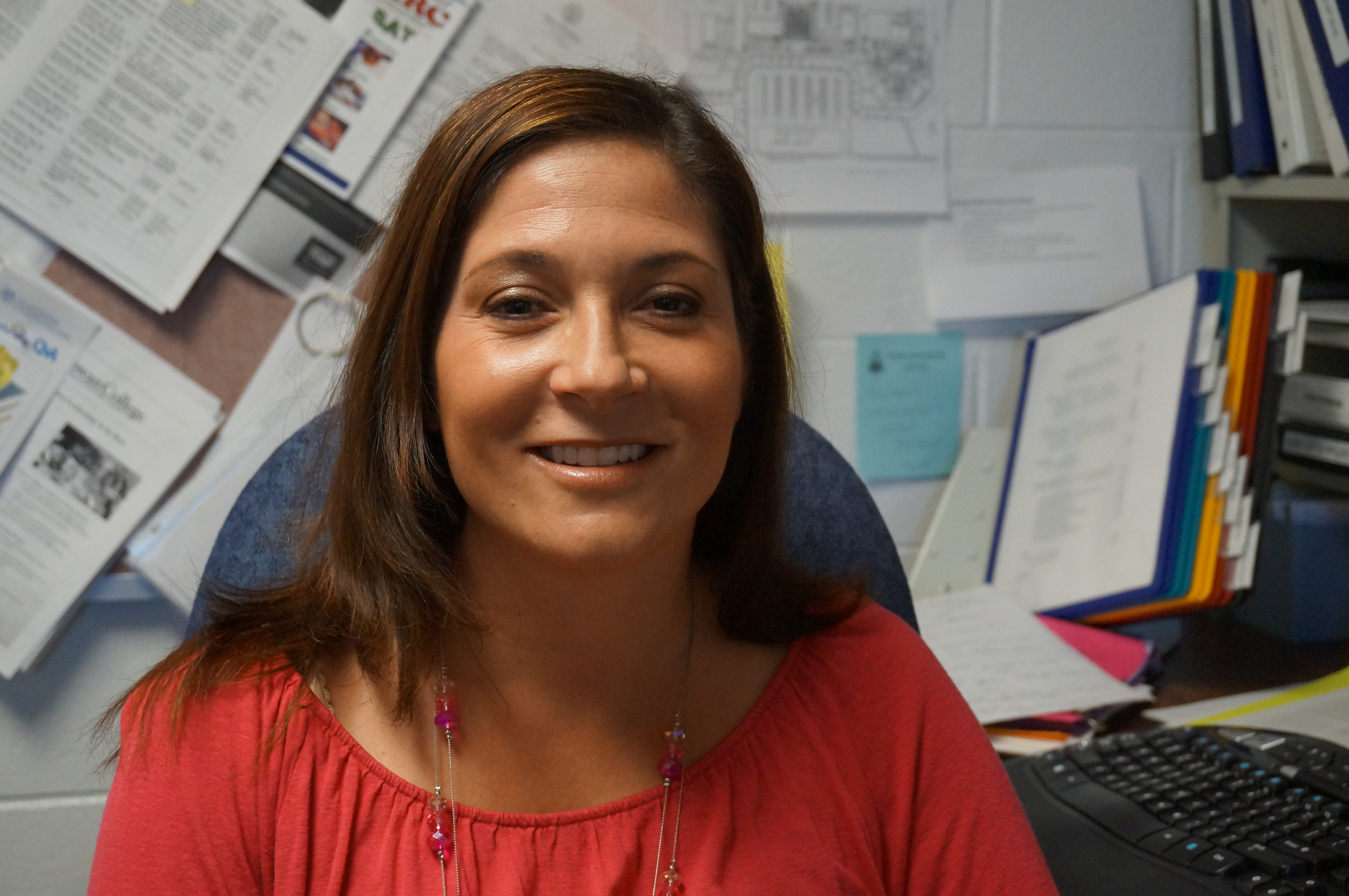 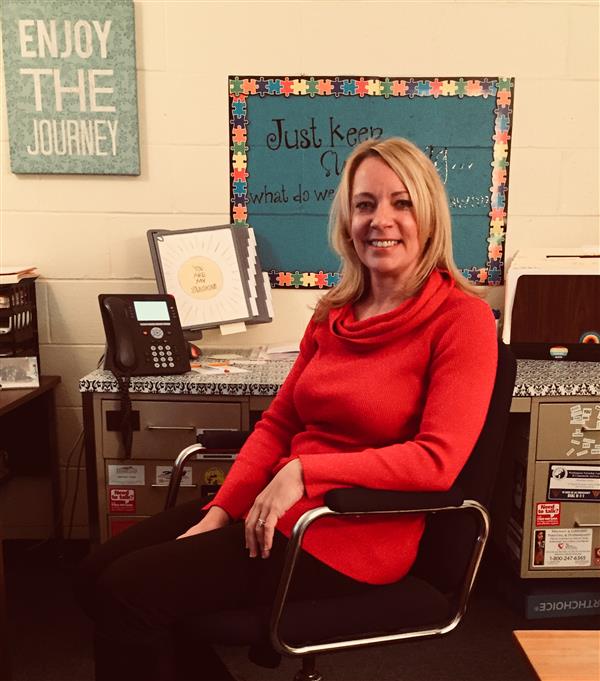 Mrs. Heather Petolicchio attended Temple University, where she earned her BS in Secondary Education Social Sciences. She also competed on their field hockey team as a scholarship student-athlete. Mrs. Petolicchio began her career at WTHS in 1995 as a history teacher and a coach of the field hockey and softball teams. After seven years in the classroom she began as a SAC in the Counseling Department when earning her certification from Rowan University. As a SAC, she created the WTHS Gay and Straight Alliance and was the club advsior for 12 years. She runs several groups throughout school year including grief/loss for students and co-facilitates the in-school TWP Pantry.

When not at work Mrs. Petolicchio enjoys spending time with her husband and two children, travelling, engaging in history-nerd activities, and watching sports. Mrs. Petolicchio is a proud graduate of WTHS! #TWP Pride 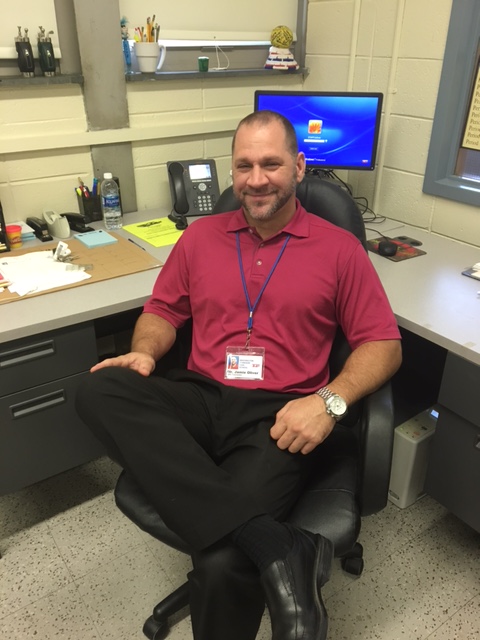 Mr. Jamie Oliver attended Rowan University and received a BA in Psychology. While there, he played on their baseball team. Shortly after graduation, Mr. Oliver began his career at Yale School in Cherry Hill, NJ and moved on to work for the juvenile probation system while obtaining his SAC Certification. Mr. Oliver began his career in Washington Township in 2000 when he split his duties between OVMS and WTHS for five years. We are happy to have him part of our team at WTHS on a full-time basis. Mr. Oliver has coached at WTHS for sotfball, powderpuff, and chaperoned the senior trips. During his free time you can find him on the golf course!